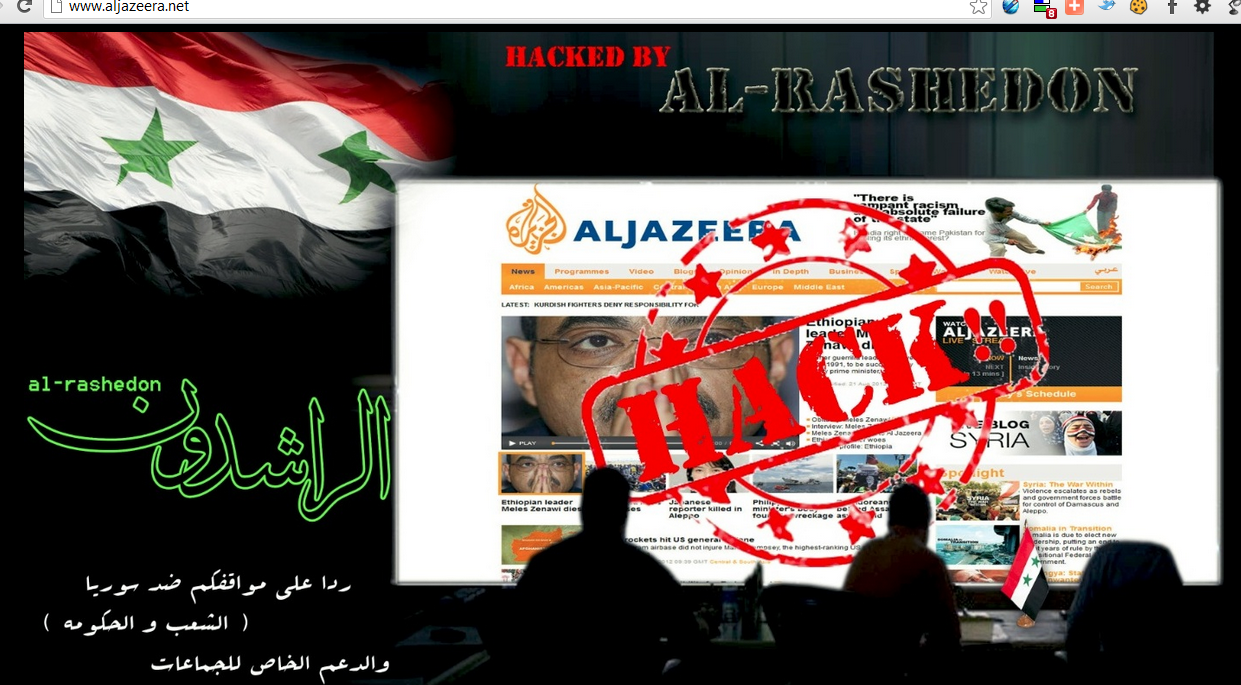 The official website of one of the biggest Arabic-language news network "Al Jazeera" got hacked just now by Pro-Assad hackers called "Al-Rashedon". If your miss the deface page, please have a look to mirror of it Here.

Deface page designed with Dark color as shown in image and have some message in Arabic language, in English its "In response to your attitude against Syria, ( Syrian people and Government ) and your support to the Terrorist & Armed Groups, and sharing Fake news, your site has been hacked and this is our response to you. ( Al Rashedon hakcker group.)"

Hacking group "Al-Rashedon" can be the part of "Syrain Electronic Army", But yet Syrian Hackers didn't claim anything about this hack on their facebook page or website. The Arabic used (and the language mistakes) indicates that the hackers may be people living abroad and not native Syrians, may be these hackers belongs to Iraq. Name "Rashedon" implies Iraq, because Iraq is known as Land of Al Rashedon. Scene is still unclear, we are investigating on it. Please stay tuned for more updates.

Update: We just for another Alert from Hackers that, they have also deface Al Jazeera's Sports Website (aljazeerasport.net) with similar deface page and Message as shown below: