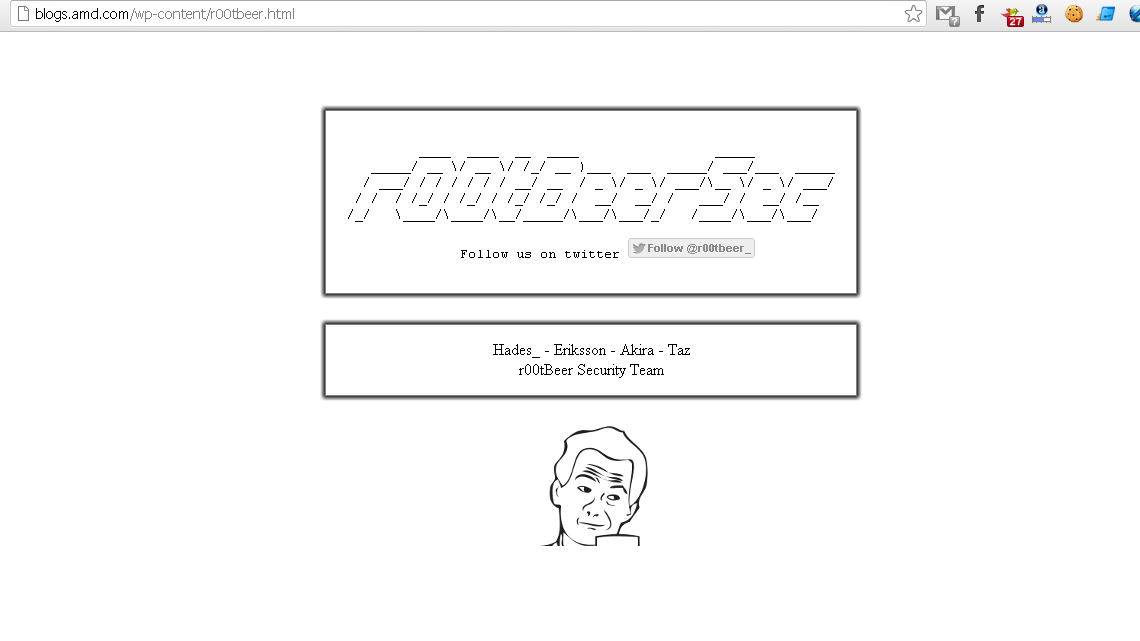 A team of Hackers called, "r00tBeer Security Team" today hack into official blog of Advanced Micro Devices (AMD) which is a American multinational semiconductor company. AMD is the second-largest global supplier of microprocessors based on the x86 architecture and also one of the largest suppliers of graphics processing units.

During the time of writing, I think AMD is not aware about that they are the Victim of a Hack attack. We are tweeting to the AMD team for informing them.

Now only AMD, these hackers also hack another High Profile website called "TBN - The Botting Network", A Popular forum to learn How to make Money with 96000 members was got hacked and Complete database was also leaked via Hackers Twitter Account.