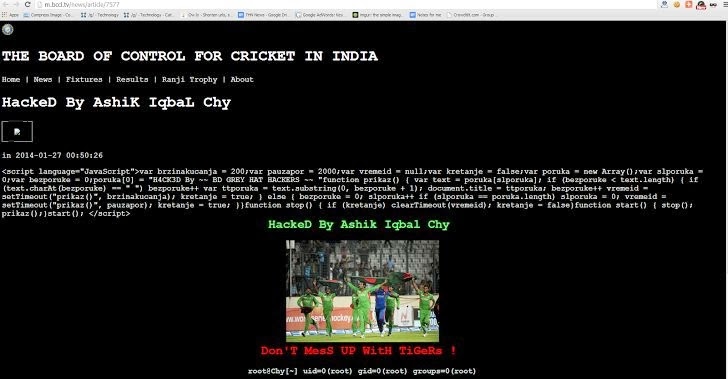 The latest target of hacker: The world's richest cricket Board, the Board of Control for Cricket in India (BCCI).

Late night on 26th January (Republic Day of India), the official website of BCCI .i.e "BCCI.TV" has been defaced by Bangladeshi hacker who goes by the name Ashik Iqbal Chy.