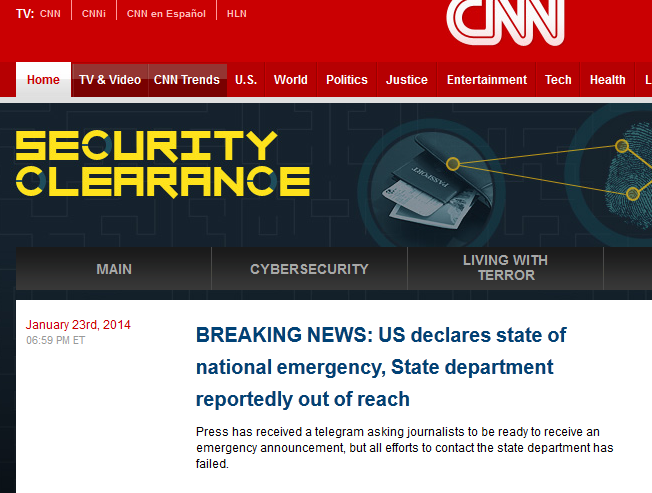 CNN’s twitter profile with 11.6 million followers saw a number of fake tweets from hackers, including allegations that the Central Intelligence Agency (CIA) is behind the Al-Qaida network.
Hackers Tweeted, "Tonight, the #SEA decided to retaliate against #CNN's viciously lying reporting aimed at prolonging the suffering in #Syria." 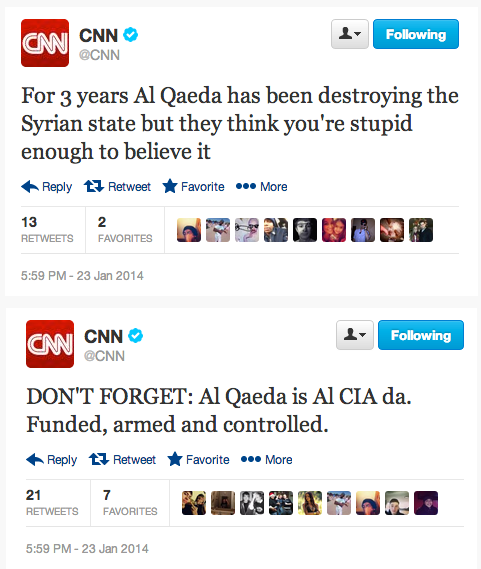 “Syrian Electronic Army Was Here … Stop lying … All your reports are fake!”

They also hacked into CNN's "Security Clearance" blog, and posted a new fake article, titled "US declares a state of national emergency, State Department reportedly out of reach."

Within 5 minutes, CNN took control back and deleted all the fake contents. CNN confirmed that some of their social media account were compromised via third-party social publishing platform. "We have secured those accounts and are working to remedy the issue." they said.