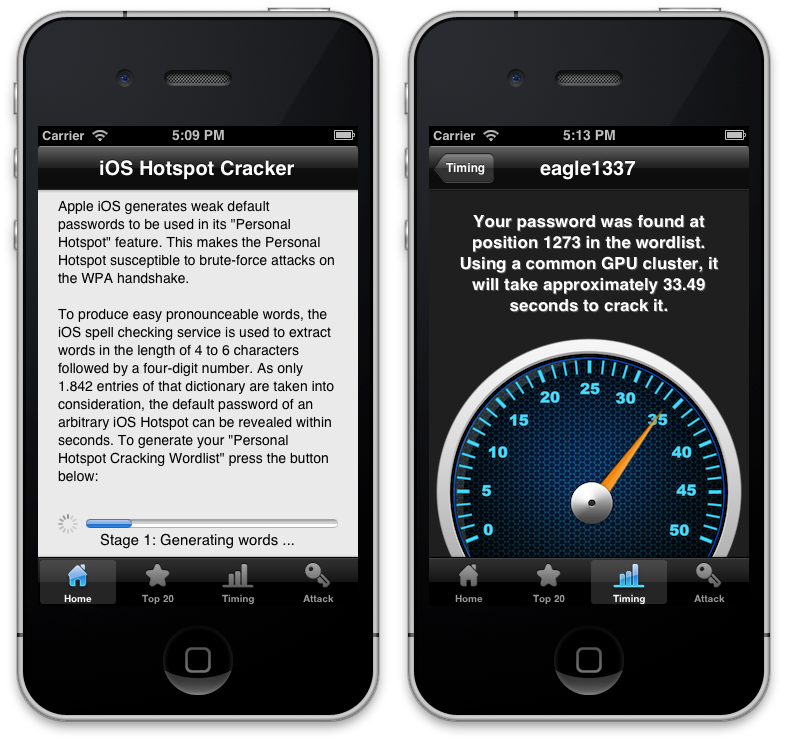 The ability to turn your iPhone into a Wi-Fi hotspot is a fantastically useful little tool in and of itself. When setting up a personal hotspot on their iPad or iPhone, users have the option of allowing iOS to automatically generate a password.

According to a new study by Researchers at the University of Erlangen in Germany, iOS-generated passwords use a very specific formula one which the experienced hacker can crack in less than a minute.