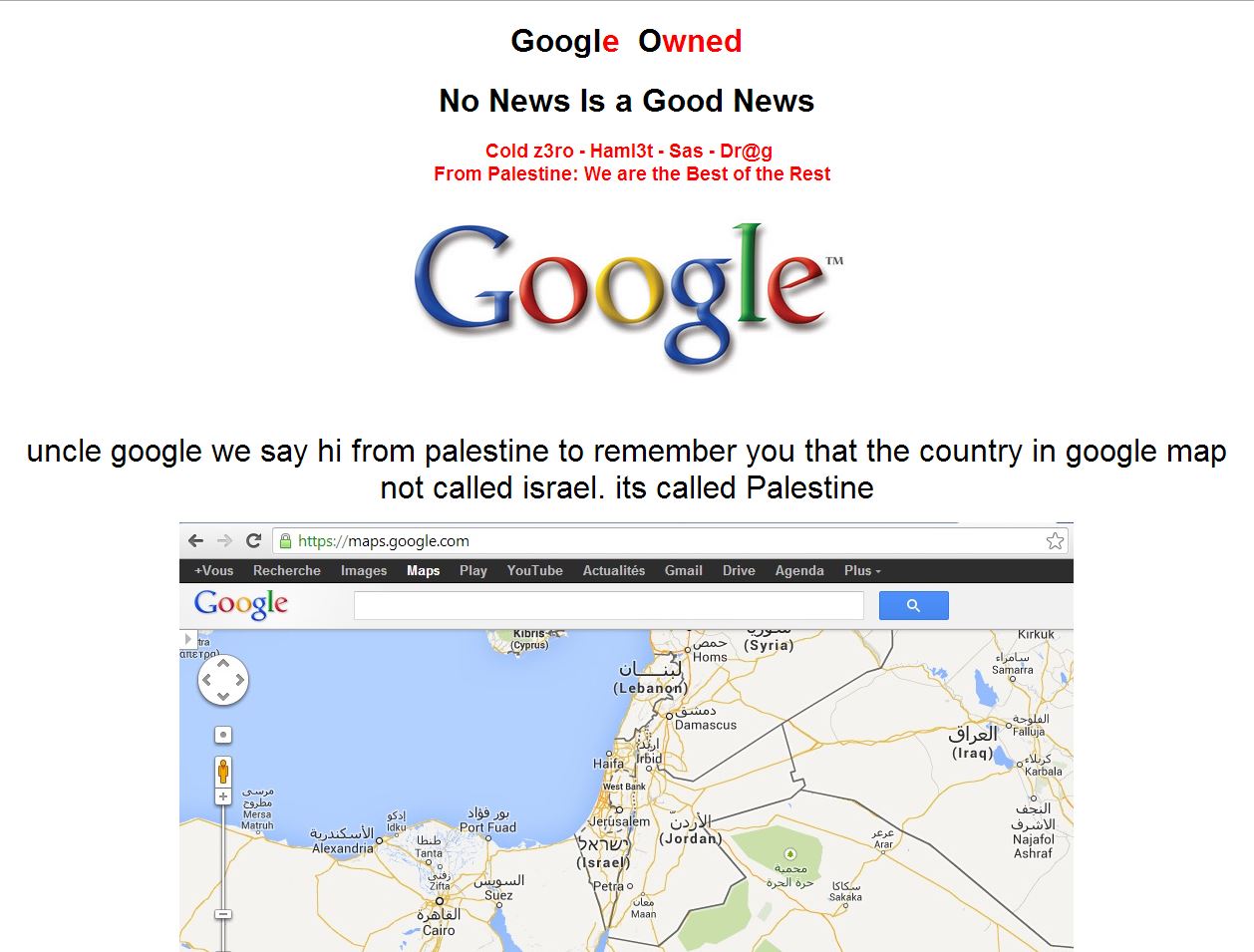 Google’s presence in the Palestinian territories, Google.ps, has been defaced by hackers, apparently objecting to the Google Maps labeling of the Israel and Palestinian borders with a statement appearing on its page protesting the term “Israel” used in Google maps.

“uncle google we say hi from palestine to remember you that the country in google map not called israel. its called Palestine,” the statement says.