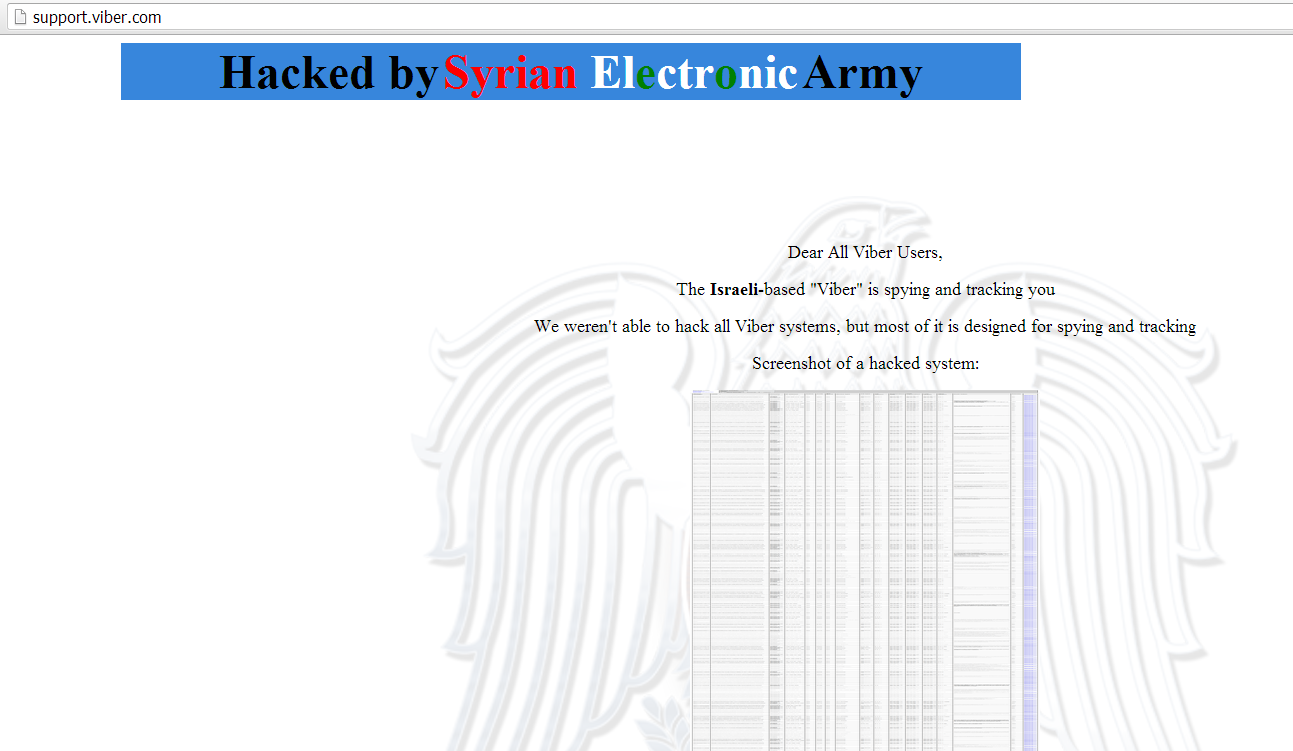 The support site for the popular chat application Viber appears to have been hacked today by the Syrian Electronic Army, with their support page defaced and an extract from their user database extracted. In a statement made on the defaced page, the SEA wrote:

"The Israeli-based “Viber” is spying and tracking you

We weren’t able to hack all Viber systems, but most of it is designed for spying and tracking"

SEA hackers also suggested Viber users to uninstall the application because company is spying and tracking each user, recording IP address of each user in database as shown above, "Warning: If you have "Viber" app installed we advise you to delete it" they tweeted.